EMSE Source Standard includes all of the functionality of EMSE Data Editor + as well as the ability to perform various inverse solutions using FEM standard head models (in MNI space) without the need for individual MRIs for each participant. 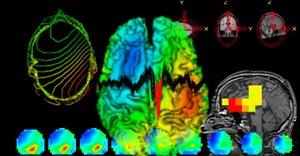 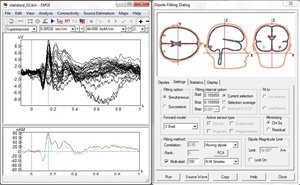 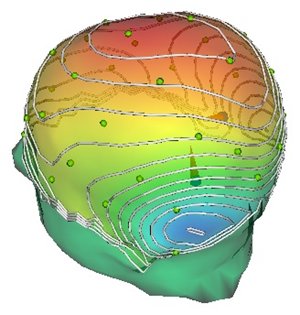 Mapping on a realistic head shape (with dipoles). 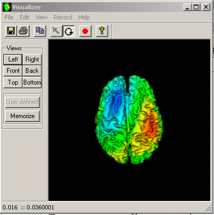