The Wired Wizards FIRST robotics team is a group of high school students who build and program robots.

FIRST was founded in 1989 by Dean Kamen to encourage change in our culture so that science is considered to be cool. FIRST created programs that allow children to get as close to real life engineering as possible outside of the workplace. The Wired Wizards FIRST Robotics team participates in the FIRST Robotics Competition (FRC) for ages 14 – 18. FRC is an international competition and is recognized by many colleges through scholarships. It’s the real deal!

The Wired Wizards team was founded in 2012, has competed in two World Championships and has earned several prestigious awards for excellence in engineering, safety, and more. Wired Wizards have been featured in our local newspapers and on television news stations. By all accounts, being a member of the team is a learning experience like no other. The team is based in Wilmington, NC and is unique in that it is a community-based team, consisting of boys and girls from all public high schools in New Hanover County, including home-schooled students. The team is very diverse, but members have one thing in common…they all want to build robots! Many of the team members also plan to go to college to become engineers.

Cortech Solutions is pleased to help the team along its journey!

To learn more about the Wired Wizards, team 4534, visit their website: wiredwizards.org. 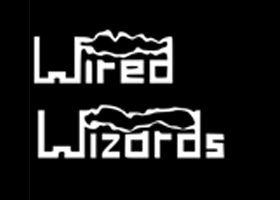