Postscript: Association for Research in Otolaryngology – 2018

I attended the 41st Annual MidWinter Meeting of the Association for Research in Otolaryngology (ARO, February 10-14, 2018) in San Diego as a non-presenting participant with an intention to update my mental map of the field of human auditory neuroscience.  And it happened, thanks mostly to interactions in the poster aisles—both planned and serendipitous—but also to several insightful talks from the podium.  Some preconceived ideas I came with on Saturday had changed substantially by Wednesday.

My job is to develop analysis software for brain researchers who use noninvasive neurophysiological data (EEG and MEG) in the context of neuroimaging data (MRI).  Consequently, ARO presentations incorporating such data pulled me in. 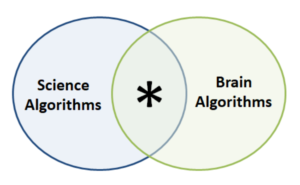 At an abstract level, we can think of the auditory system as a speech signal processing system—a multi-level system with “bottom-up”, “top-down”, and “middle-out” pathways that process sound signal streams to optimize intelligibility of speech under sub-optimal conditions.   For example, speech stream intelligibility can be degraded by vocoding, a process that partly mimics distortion due to cochlear implants.  Also, additional speech streams from nearby sources can compete with the processing of a target stream.  On top of that, various kinds of noise (such as incoherent multi-speaker babble) can be added to the total sound stream.  How does the auditory system succeed (when it does) at understanding a particular stream of speech under such conditions?

Top-down processing is certainly involved.  For example, we can consciously tune in or tune out selected speech streams at a cocktail party.  But top-down and bottom-up processes interact [1], as Nina Kraus demonstrated Sunday evening at a special ARO-sponsored event, “Sounds of Music: Symphony meets Science”.  Like these examples:

from [2], she presented the same sentence three times: first, a distorted presentation that (for most listeners) is unintelligible; second, an undistorted, clearly intelligible presentation; and third, an exact repeat of the first.  Remarkably, the third presentation is completely intelligible.  Even though physically identical with the first, it doesn’t “sound” the same.  How did the auditory system dynamically retune itself in the brief time from the first to the third presentations?  And at what levels (cochlear nucleus, superior olive, lateral lemniscus, inferior colliculus, medial geniculate body, auditory cortical areas, and speech-related cortical areas [3]) did these changes occur?

To address questions like these, we need methods that can tap different levels of the auditory system simultaneously.

Another big topic was multimodal sensory and/or motor integration incorporating the auditory modality.  For example, what are tolerances for perceptual fusion considering audiovisual synchronization leads and lags (Tony Shahine, University of California, Davis) [9]?  Another example was motor modulation of auditory perception: Auditory stimuli initiated with a button press are perceived as louder than same intensity stimuli passively presented (John Myers, Jeff Mock, Ed Golub; University of Texas, San Antonio).  A more complicated example in natural environments is oculomotor orienting of vision toward the perceived location of a sound source.  For example, eye tracking may be used to control a binaural beamformer to improve speech intelligibility in a multi-speaker (cocktail party) environment (Ľuboš Hládek, Glasgow University).

The last example is a clear case of a sweet spot: Beamformers are an important class of algorithms we use to “tune in” to sources of brain activity from regions of interest given multi-channel MEG or EEG data.  The auditory system itself may use beamformer-like algorithms to tune the auditory system based on where the listener is looking.  And perhaps eye-gaze-plus-beamformer technology may be used to enhance the brain’s own algorithm.

Many other examples could be adduced, but I’ll stop here.  For me, ARO 2018 may have stimulated an idea or two worth pursuing before ARO 2019 in Baltimore. 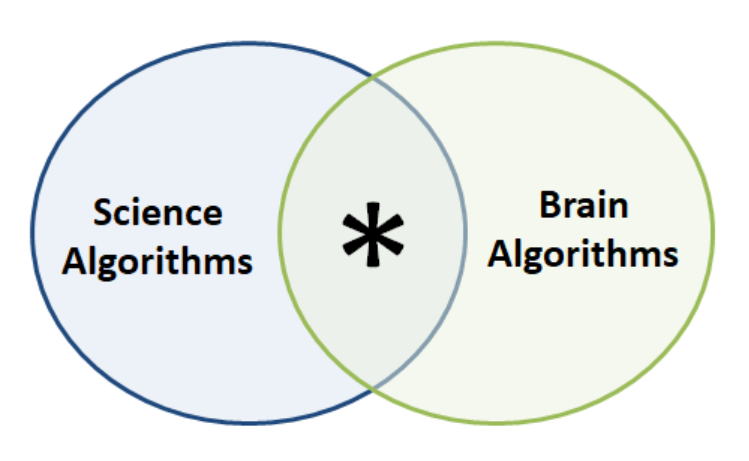